The 2nd Battalion Yorkshire Regiment arrived in Ypres on 14 October 1914.

A book in the Green Howards Museum records the Roll of all Officers and Men who arrived in Belgium in October 1914.

The Roll of Officers, and

The Roll of all Warrant Officers, NCOs and Men who disembarked with the Battalion in Belgium in October 1914.
1064 Other Ranks are on this Roll. 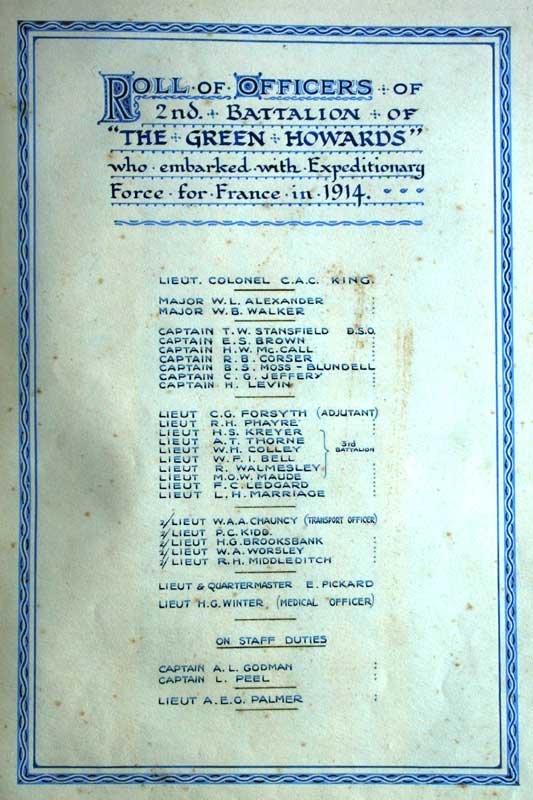 The complete Roll can be viewed as a PDF file by selecting the link, below;-

When viewing this Roll, there are a few points to bear in mind;-

1       Some of the men listed transferred to other Battalions or regiments.
Thus, not all will have been in the 2nd Battalion at the time of death.

2       One man, Captain Marmaduke Thwaites, had been promoted from WO to Officer by he time he was killed.

3      Three of the soldiers were under-age at the time of death, and one (Drummer Hammond) although he died aged 19
would only have been aged 16 in October 1914.