Brenchley (All Saints) Churchyard contains 9 graves from both World Wars, - 7 burials from the First World War and 2 from the Second. 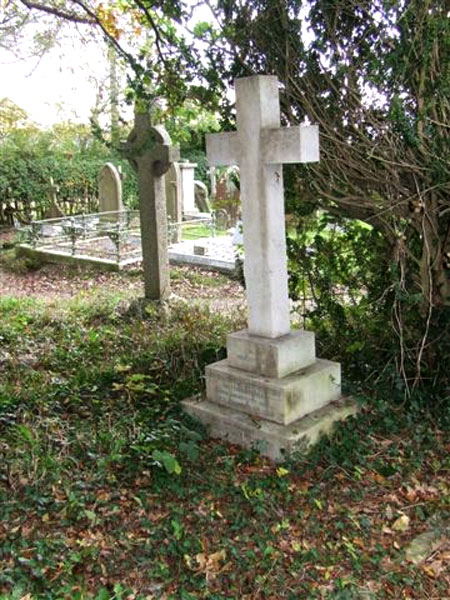 Photo by permission of Geoffrey Gillon.

The following research on Lt. Col Terry by Richard Roberts (<richard.nsw@googlemail.com>), together with information from the official history of the regiment in the First World War by Colonel H C Wylly, throws a bit of light into the background of the above soldier;-

Born at Fulham, London, on 19 August 1866, the son of William and Susan Eliza Terry.
In the 1881 Census was a boarder at Harrow School.
5 August 1855, - Lieutenant in the 3rd Battalion Oxfordshire Light Infantry (a Militia battalion).
18 September 1886, - Lieutenant in the 3rd & 4th Battalions the King's (Liverpool Regiment). - also a Militia battalion.
Married Ada Constance Randall in Q3 1888.
In the 1911 Census, he is shown as living at "The Firs", Brenchley (Kent) as a gentleman of private means. He was married to Ada Constance. There were 5 domestic servants in the household.

An obituary of Charles Edward Terry can be found in the Sussex History Forum website. 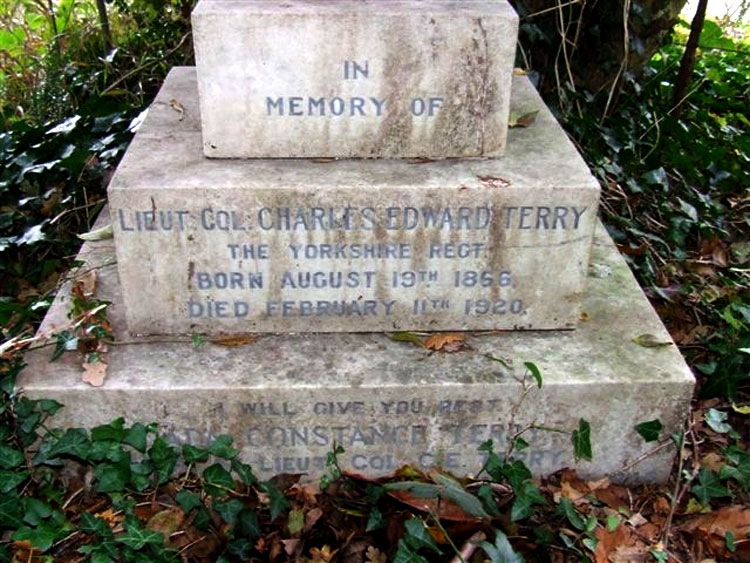 Photo by permission of Geoffrey Gillon. 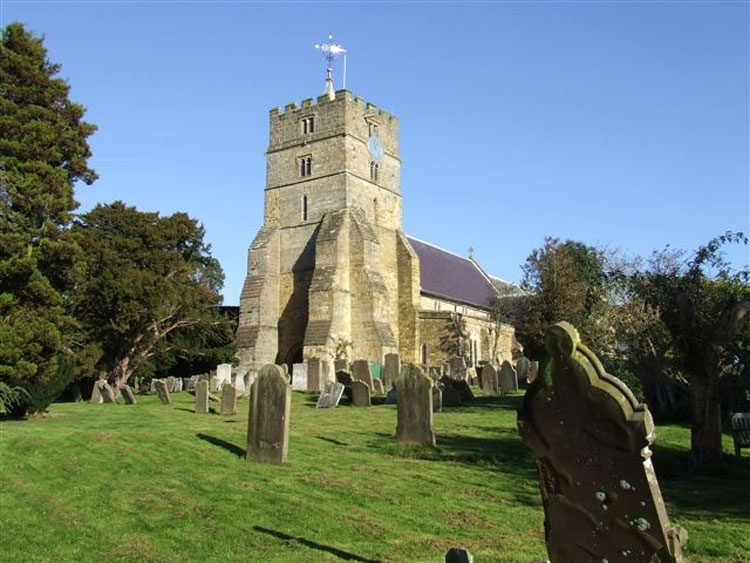 All Saints' Church, Brenchley.
Photo by permission of Geoffrey Gillon.