There are 23 burials relating to both the First and Second World Wars in Crook Cemetery, of which 2 are of soldiers of the Yorkshire Regiment.

The First World War burials are scattered in an older part of the cemetery. One of the headstones for the Yorkshire Regiment soldier is a distinctively shaped family headstone. The other one is a conventional CWGC headstone.

All photos are by Edward Nicholl. 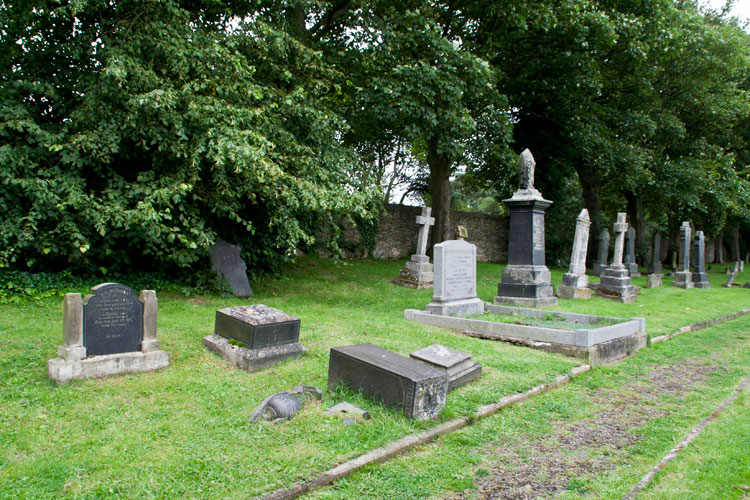 The section of Crook Cemetery in which Private English's headstone is found (on the left, under the tree) 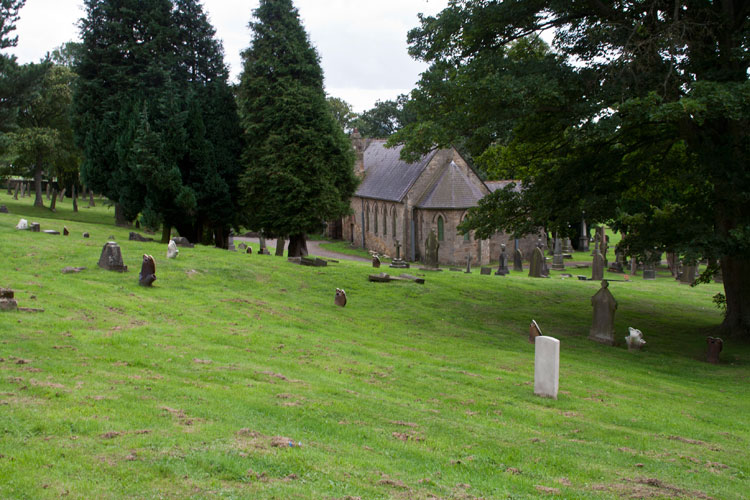