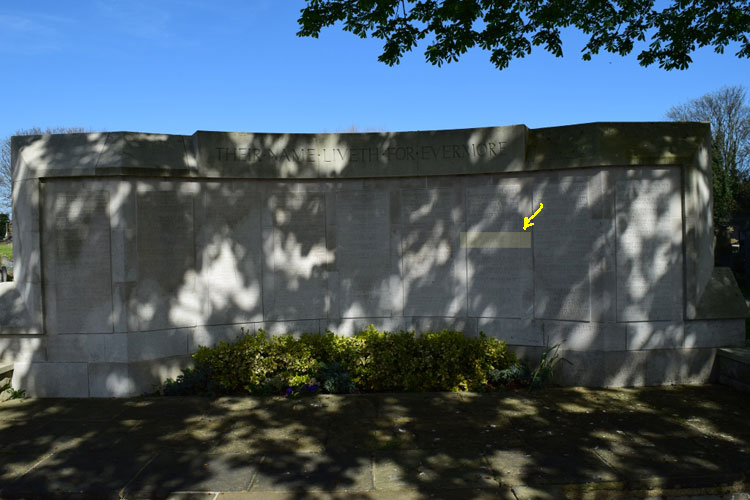 The First World War Screen Wall in the East London Cemetery, Plaistow
The yellow shaded area, indicated by the arrow, is where the name of the Yorkshire Regiment soldier is commemorated.
Unfortunately, the photo is not of a high enough resolution to be able to clearly read the name, although it can be discerned by carefully examining the image at maximum enlargement in a photo editor.
Photo : Commonwealth War Graves Commission

The cemetery belongs to the East London Cemetery Company, Ltd. It contains 244 burials of the 1914-1918 war; 97 are in the "Sailors' and Soldiers' Plot," which is marked by a War Cross and a stone Kerb Wall bearing the names. A Screen Wall memorial, close to the main drive, bears the names of those whose graves, elsewhere in the cemetery, are not marked by headstones.

There are 132 Commonwealth burials of the 1939-1945 war here. Some of these were casualties of the "Blitz" air raids and are buried in a collective grave alongside civillian casualties. The names of the war dead in this collective grave are recorded on a panel over the graves. A further 1939-1945 Screen Wall memorial bears the names of those whose graves, elsewhere in the cemetery, are not marked by headstones.

1 soldier of the Yorkshire Regiment is commemorated on the First World War screen wall. 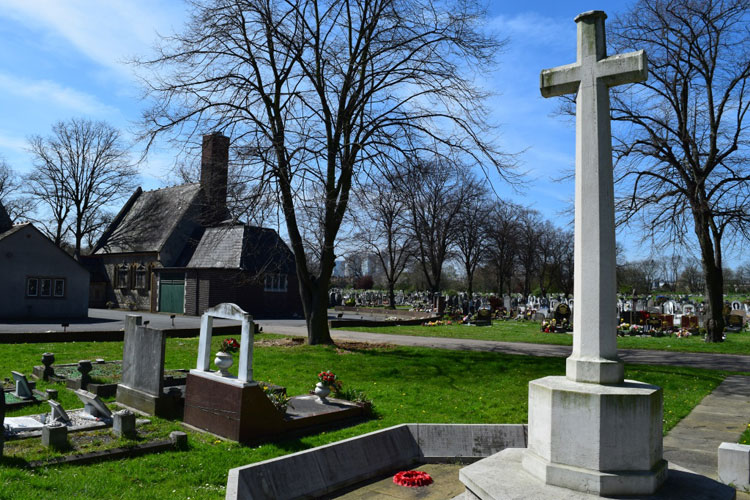