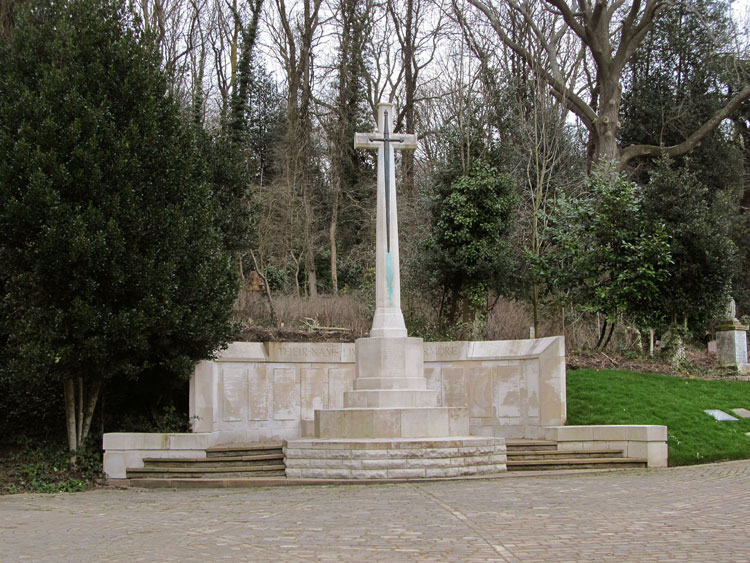 Highgate Cemetery is between Highgate Hill and Highgate West Hill, North London, and is divided by Swains Road. The older part being on the Western side and the newer part on the Eastern side. The entrance gates to both sides are opposite one another and there are war burials in both portions.

Visitors are advised that an entrance fee is charged at this cemetery.

There are 257 Commonwealth burials of the 1914-18 war and a further 59 from the 1939-45 war here. Those whose graves could not be marked by headstone are named upon a Screen Wall memorial erected near the Cross of Sacrifice inside the entrance to the older part of the cemetery.

We are extremely grateful to Derek Walker for the photographs taken in Highgate Cemetery.

(2nd Lieutenant Harrison first joined the 4th Battalion on 1 July 1916, and was wounded at the Battle of the Somme in September 1916. He was promoted to Lieutenant just over a year later. No data on service with the RAF.) 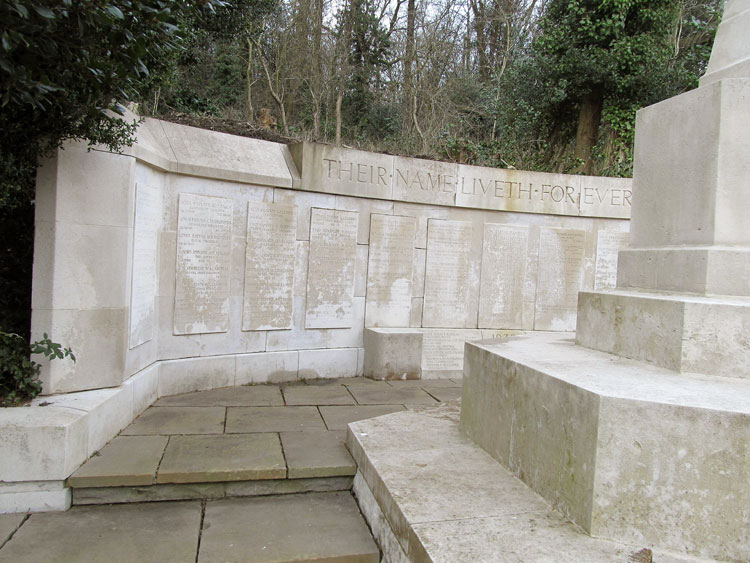 The Screen Wall in HIghgate Cemetery (West) on which LIeutenant Harrison is Commemorated
Select the above image for a larger sized one which opens in a new window.
Photo : Derek Walker