One soldier who served with the Yorkshire Regiment is buried in this cemetery. He is buried in a family grave, together with his parents. Unfortunately, this grave is in a poor condition, with the headstone (a cross) lying on the ground and virtually obscuring the commemoration of the Yorkshire Regiment soldier that is on the plinth of the headstone. This has been reported to the Commonwealth War Graves Commission.

We are extremely grateful to Richard Humphreys (<mr.richard.humph@virgin.net>) who photographed this grave, and are especially grateful for his persistence in eventually finding the headstone and the relevant commemoration. 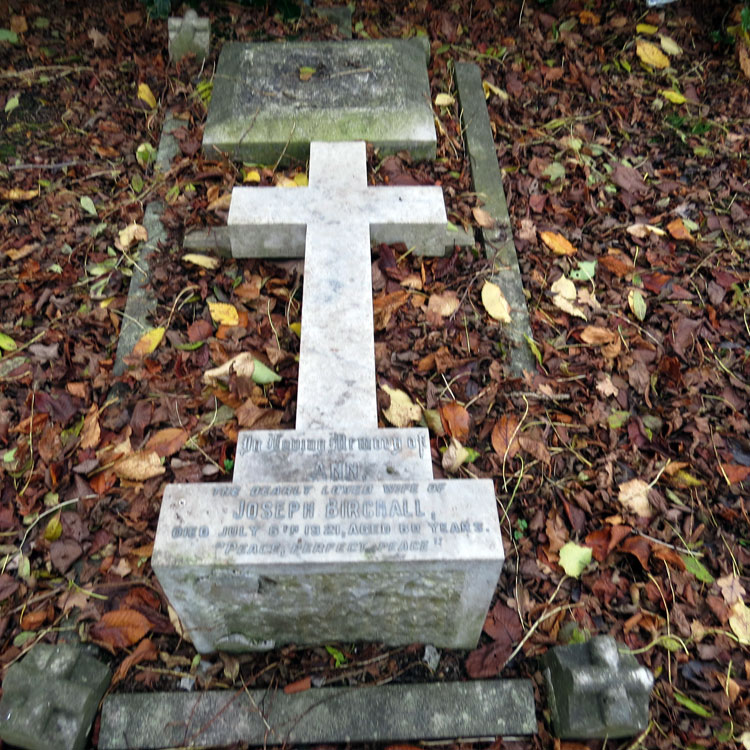 Private Joseph William Birchall. 6374. 2nd Battalion the Yorkshire Regiment. Son of Joseph and Annie Birchall, of 58, Cardigan St., Wavertree. Liverpool. Died at home 12 November 1919. Aged 38.
Born Huyton (Liverpool).
(Probably a career soldier. He was based at Sheffield Barracks in the 1901 Census, serving with the Yorkshire Regiment.)

The photos below show the headstone, and the base on which Private Birchall is commemorated, in further detail. Selecting an image brings up a larger sized image which opens in a new window. 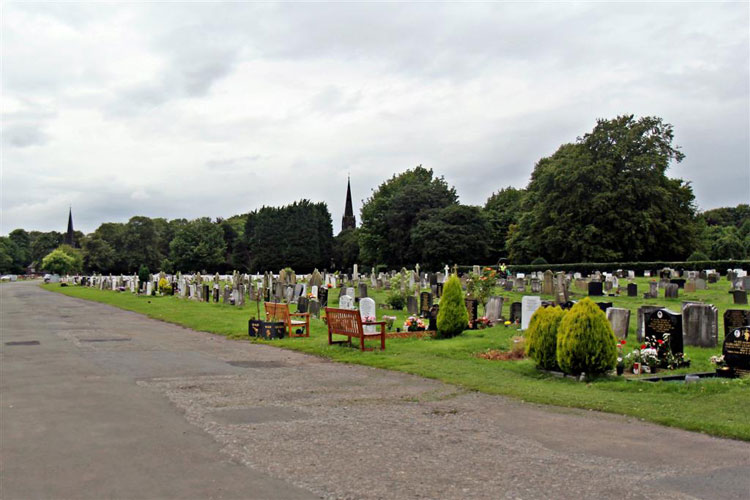