We are very grateful to julia&keld of the Find a Grave website for the photo of Sir William Franklyn's grave. 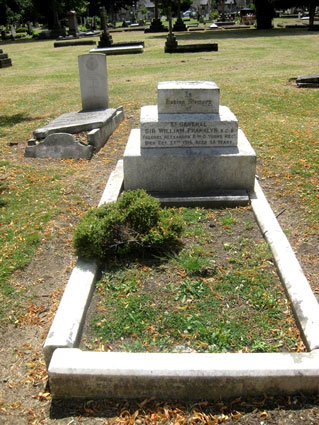 From Queen Alexandra:—" I offer you my most sincere and heartfelt sympathy in the terrible sorrow which has befallen you in the death of your distinguished husband, Sir William Franklyn. His loss will be most deeply felt not only by his regiment of which I am Colonel-in-Chief, but by the whole Army." 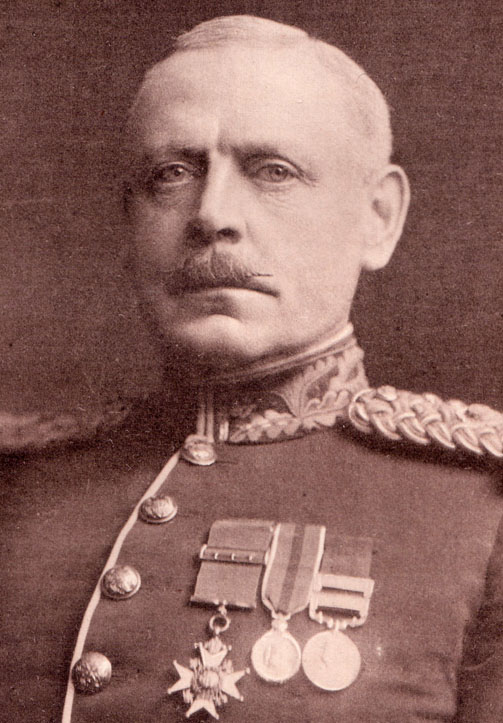 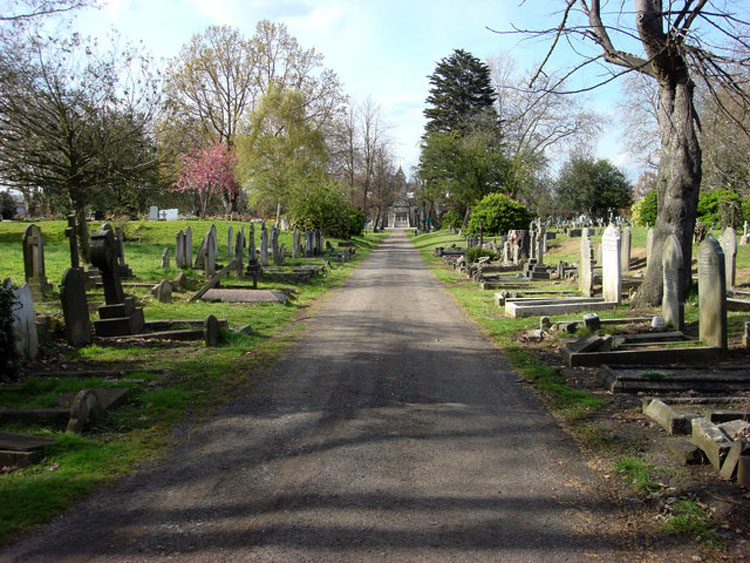 Paddington Old Cemetery, looking northwards towards the chapel
Photo © Copyright Oxyman and licensed for reuse under this Creative Commons Licence.