Penshaw (All Saints') Churchyard contains 14 burials from the First World War, and 8 from the Second World War. The First World War burials are scattered through the churchyard, and include the graves of two soldiers who served with the Yorkshire Regiment. There is also a headstone for a soldier of the Durham Light Infantry, which includes the commemoration of his nephew (?), serving with the Yorkshire Regiment, who was killed on active service.

We are very grateful to Norman Cummings (<norman_cummings@hotmail.co.uk>)for providing photographs of the churchyard and the Yorkshire Regiment headstones. 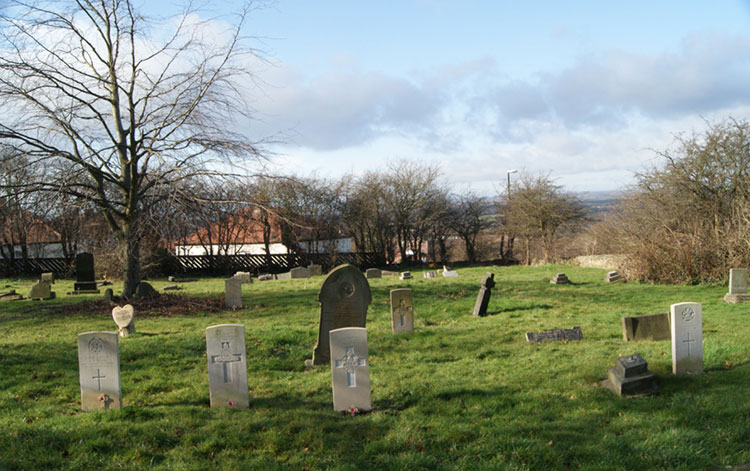 Penshaw (All Saints') Churchyard, with the graves of Privates Oliver and Walker in the centre.
Photo by Norman Cummings (<norman_cummings@hotmail.co.uk>) 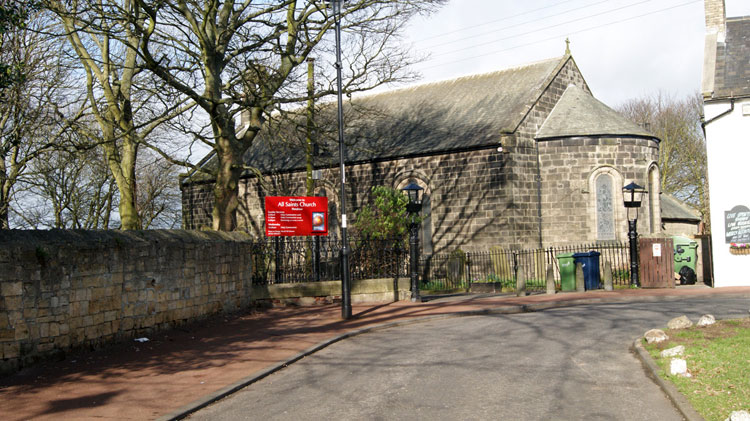