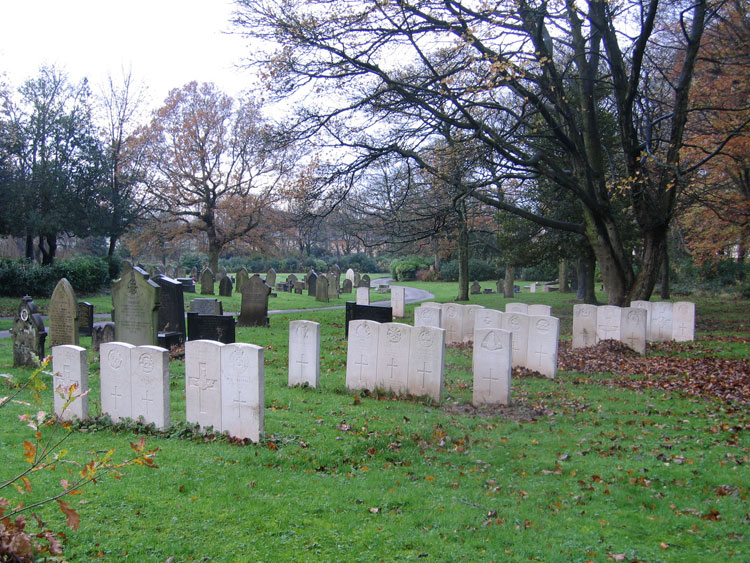 A section of Preston (New Hall Lane) Cemetery, - with Private Hall's grave among the three at the rear (right).
Photo : Richard Roberts (<richard.nsw@googlemail.com>)

Preston (New Hall Lane) Cemetery contains burials of both wars, some of them from Fulwood Barracks, the headquarters of the Loyal North Lancashire and East Lancashire Regiments. There are 324 First World War burials, a number of them forming two war graves groups but the majority scattered throughout the cemetery, amongst the 495 total of war graves in the cemetery.
There is one grave of a soldier of the Yorkshire Regiment amongst these, as well as the grave of a Green Howard.

We are very grateful to Richard Roberts (<richard.nsw@googlemail.com>) for the information and photographs. 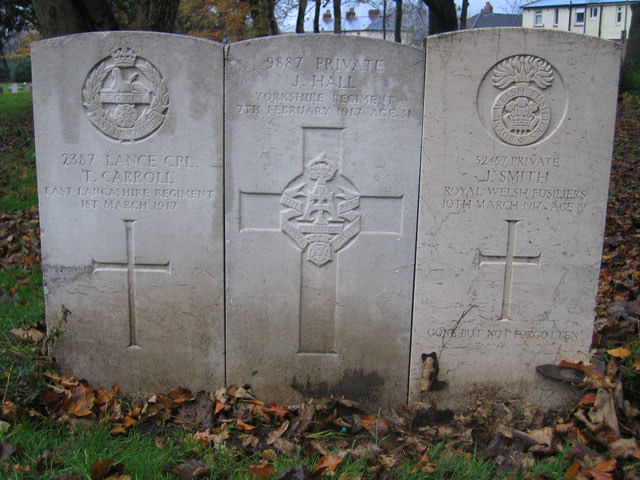