Rhondda (Treorchy) Cemetery contains war graves of both world wars, the burials of the 1914-1918 War being scattered in various parts. The burials of the 1939-1945 War, too, are scattered throughout the cemetery. Three members of the Home Guard, who were killed whilst on duty during an air raid on 29th April 1941, belonged to the 7th Glamorganshire (Pentre) Battalion. 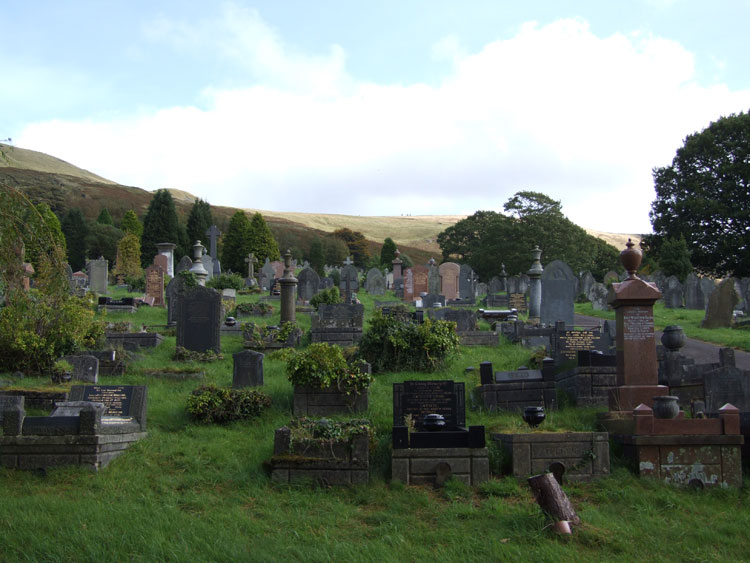 (Information from Richard Roberts;- Pte John Ladd's headstone is the lighter red granite one on the right hand side in the middle distance.)