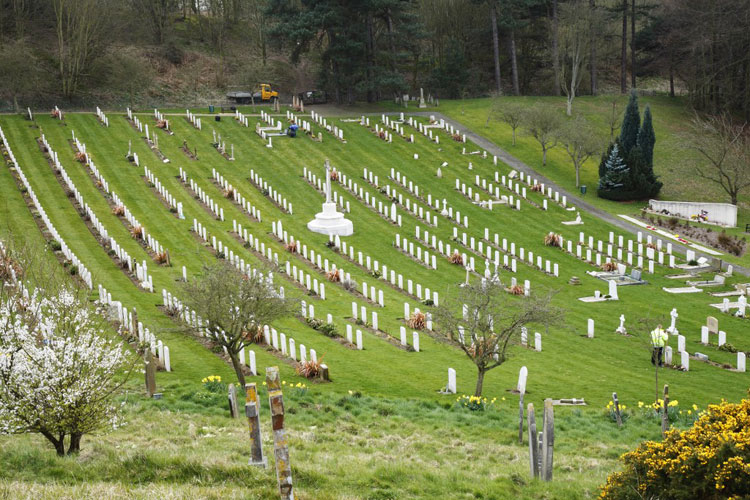 Three soldiers who served with the Yorkshire Regiment are buried in the cemetery. One of these soldiers was aged 60 at the time of death.

Photographs of the headstones are by Brad Evans of the Find a Grave website. To view a larger version of a photo which opens in a new window, select the thumbnail image.