Wakefield Cemetery contains 114 burials from both the First and Second World Wars. One of the First World War burials is of Private Frederick Norgate of the Yorkshire Regiment.
Private Norgate's grave is a family grave.

We are extremely grateful to Richard Roberts (<richard.nsw@googlemail.com>) who has forwarded the photograph of Fredrick Norgate's grave in this cemetery, and a photo of the area in Wakefield Cemetery where the grave may be found. 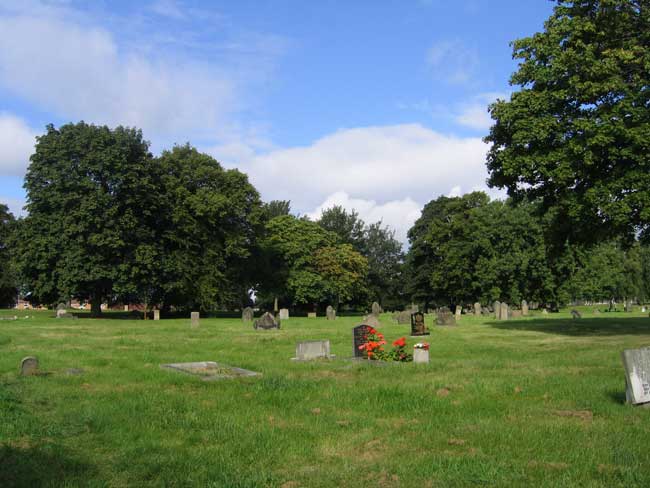