Wigan Cemetery contains 191 burials from both the First and Second World Wars. 108 of the burials are for soldiers of the First World War.

Two burials are those of soldiers who served with the Yorkshire Regiment.

We are very grateful to Mike Berrell for the photographs of the headstones and of the cemetery.

Private Corfield's and Private Mahoney's headstones in Wigan Cemetery
For a larger sized image which opens in a new window, select either of the above images.
Photos : Mike Berrell

"NEVER FORGOTTEN BY
HIS LOVING WIFE AND CHILDREN" 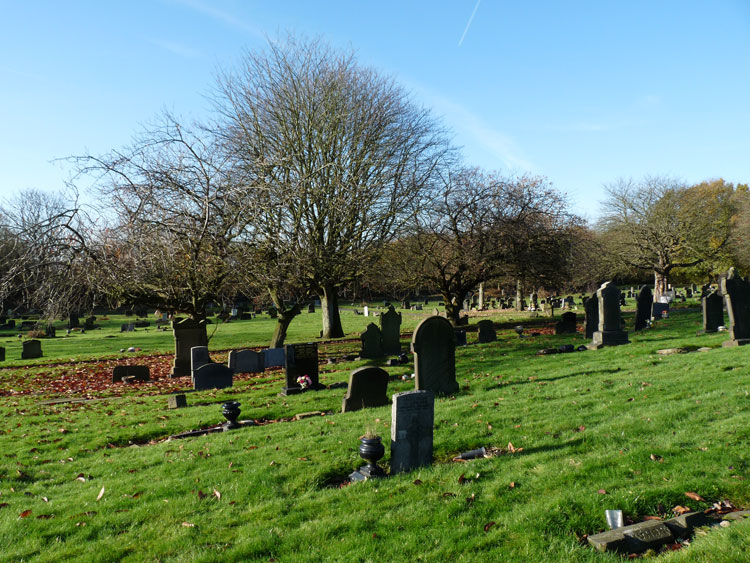 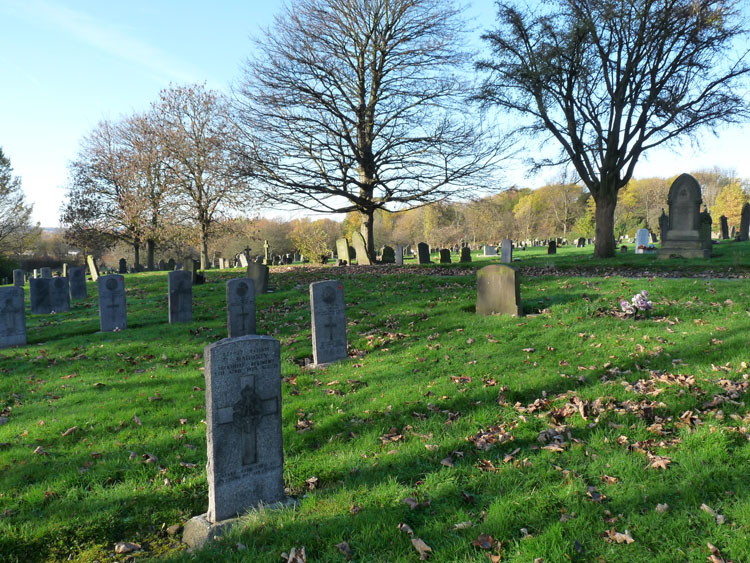