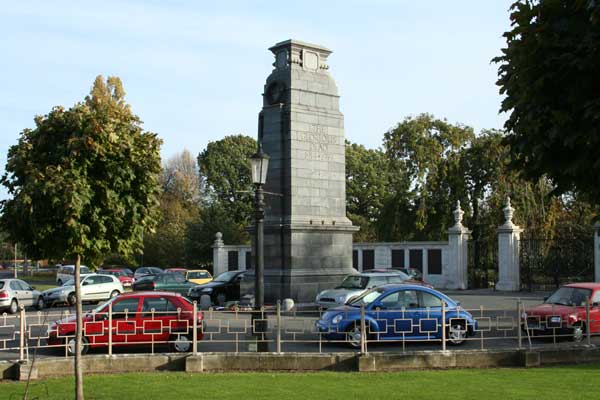 For an excellent pair of photographs that show the Middlesbrough War Memorial and Cenotaph, taken in March 2009, see below. This pair of photos is shown just above one of the original unveiling of the memorial in 1922.

The Middlesbrough War Memorial is located by the West Entrance to Middlesbrough's Albert Park, and is just beside the Dorman Museum. The Memorial is in the form of a Cenotaph, and is dedicated to those who lost their lives in both World Wars as well as conflicts such as the Korean War and Northern Ireland. On either side of the entrance to Albert Park are two walls, which include 24 bronze panels with the names of Middlesbrough First World War dead on them.

There are 3137 names on the 24 panels of the Middlesbrough War Memorial, including at least 2 women. Of the 3137 name son the Memorial, 1107 are for men of the Yorkshire Regiment (either those who joined the regiment and subsequently transferred, or who served continuously in the regiment).
The names are listed in alphabetical order, below. On the actual Memorial panels 1, 2, and 24 appear to be "supplemental", so that the names shown below are NOT in the order in which they appear on the panels. Panels 3 - 23 are alphabetical in order, but the list below includes ALL 24 panels subsequently sorted alphabetically.
While compiling the list, it was noted that there are several obvious typographical mistakes on the panels themselves (for instance, a "John Snith" is listed). There are also examples of duplicate names, where a person has been recorded twice. 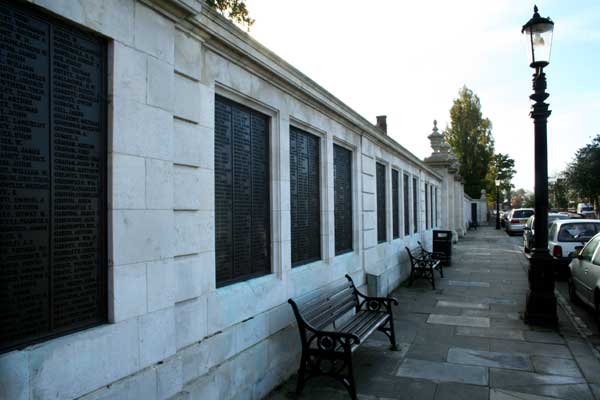 The 12 panels to the North of the Park entrance gates.
Photo : Edward Nicholl 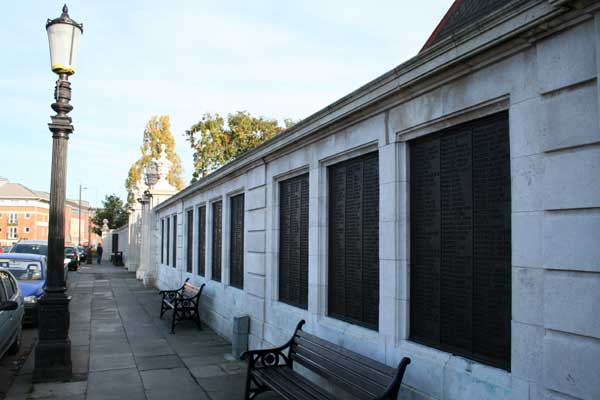 The 12 panels to the South of the Park entrance gates.
Photo : Edward Nicholl 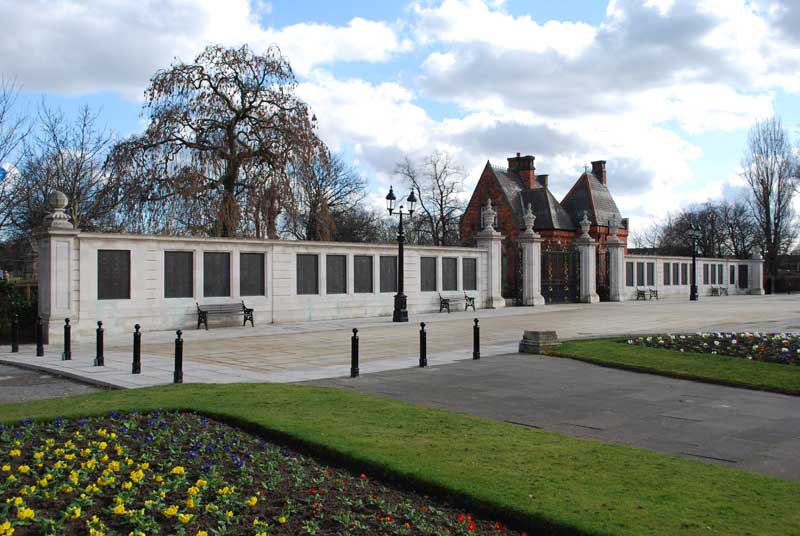 The 24 panels of the Middlesbrough War Memorial, at the entrance to Albert Park
Photo by Ray Wilkins, <e2ray3636@ntlworld.com> 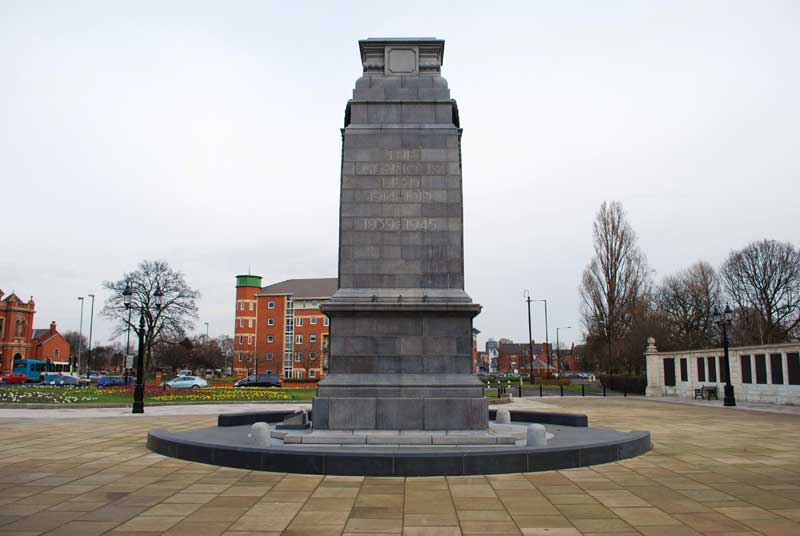 A unique photo of the unveiling of the Middlesbrough War Memorial is shown below. The unveiling was on the 11 November 1922. This photograph has been provided for use on this website by Martin Edwards of the Roll of Honour website, to whom we are extremely grateful. 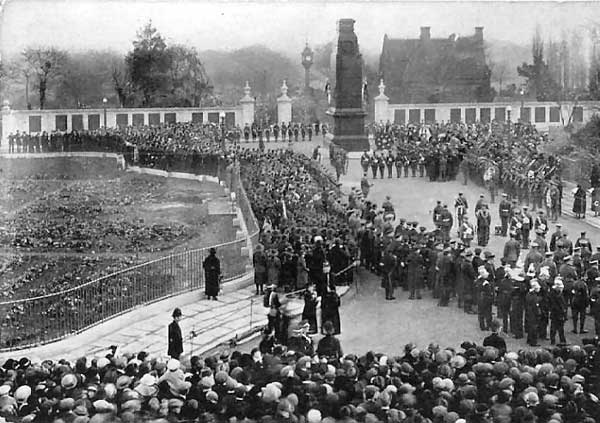 The unveiling of the Middlesbrough War memorial on 11 November 1922.