Photos and biographical details of Lieutenant Colonel Charlton are shown below.

Bernard Hedley Charlton was baptised in St. Nicholas' Church, Guisborough, on 5 August 1885, with his date of birth given in the Baptismal Register as 22 May 1885.

David Charlesworth <david.j.charlesworth@btinternet.com> has forwarded photographs and information on Lieutenant Colonel Brenard Hedley Charlton, MC. In addition to material that is in the Green Howards Museum, there is a biography of Bernard Hedley Charlton who was a student at the Guisborough Grammar School (now the Prior Pursglove College).

David Charlesworth has found that Bernard Hedley Charlton is commemorated by at least 14 different memorials, - not all of which are on this website! However, the memorials on which he is known to be commemorated are listed below.

Below are two portrait photos. These photos, which are in the possession of the Green Howards Museum in Richmond, are shown below. Select either one for a larger sized image which open in a new window.

Below is an obituary notice which appeared in a contemporary newspaper;- 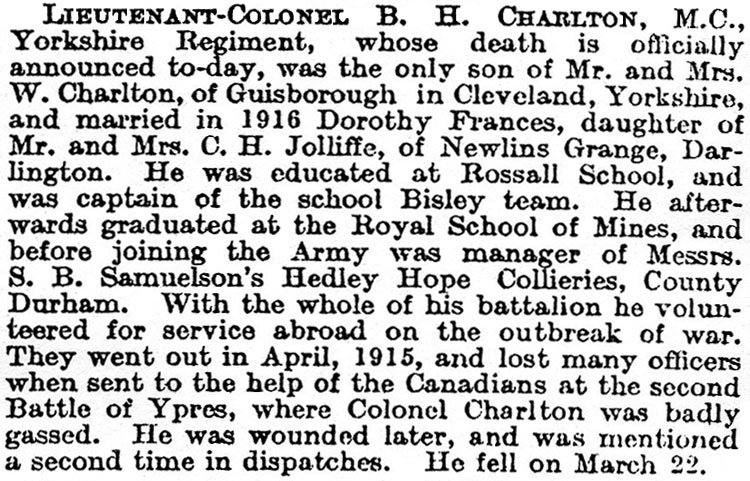 And finally is a note from a Green Howards Museum publication on the presentation of Colonel Charlton's medals to the Museum. 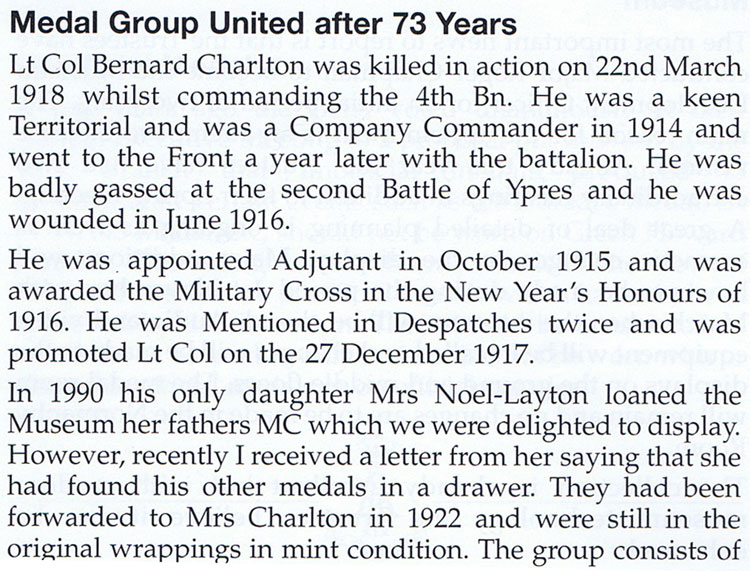 Memorials on Which Bernard Hedley Charlton is known to be Commemorated

9. War Memorial Panel, The Imperial College London (on the wall just inside the Royal School of Mining Building).

13. The Royal School of Mining Register.