Further details on, and photos of, Captain Constantine are shown below.

Captain H N Constantine was one of three brothers who all served with the 4th Battalion in the First World War. The other two brothers were Major Robert Alfred Constantine and Lieutenant Colonel William Whitesmith Constantine.

Simon Barnard (<sb16460@talktalk.net>), a great nephew of Captain H N Constantine, has provided much information on his great uncle and his two brothers. This information, and the photographs provided by Simon, can be seen below.

The Constantine family are associated with the building of Constantine Technical College in Middlesbrough, amongst other things. 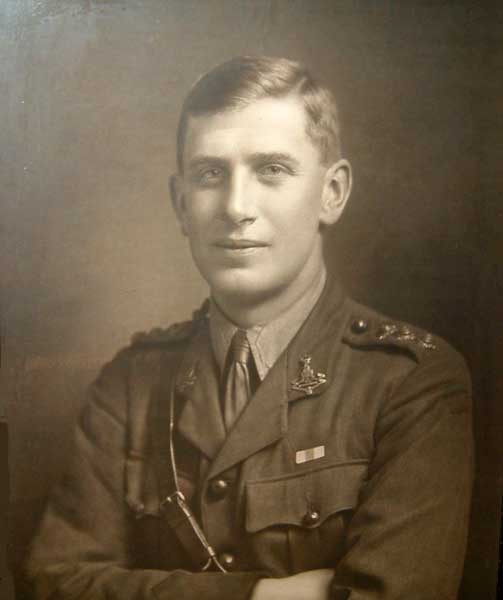 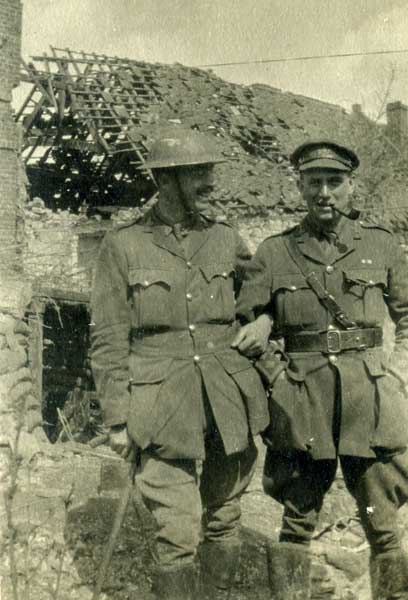 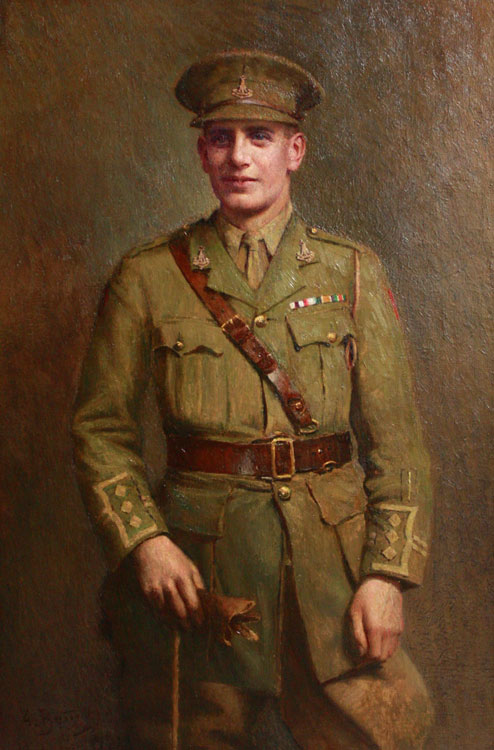 The award of the Military Cross to H N Constantine was announced in the London Gazette of 1 January 1917. 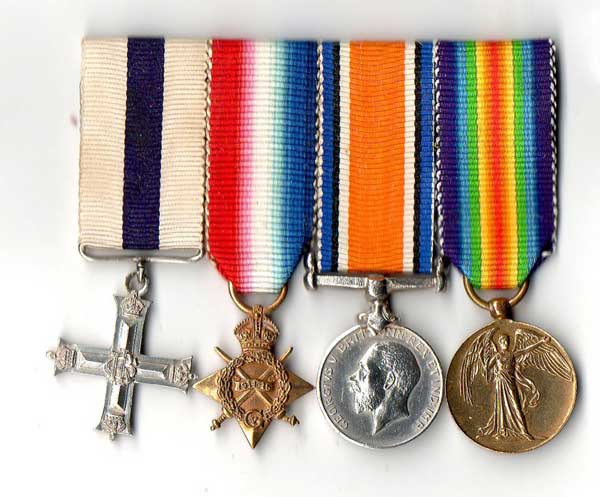 H N Constantine's Dress Medals, - (from the left) the Military Cross, the 1914-15 Star, the Victory Medal 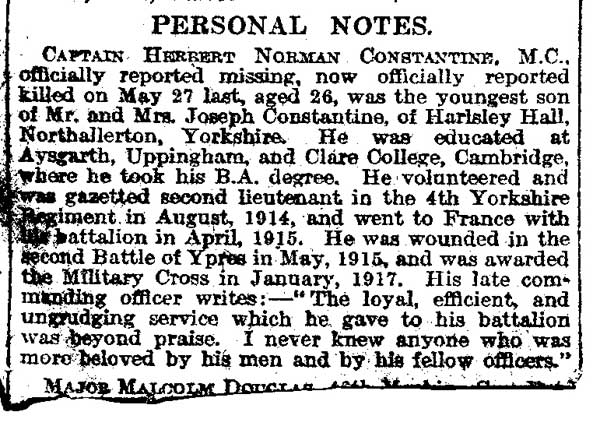 Below is a photograph of the bullet that allegedly cost Captain Constantine his life;- 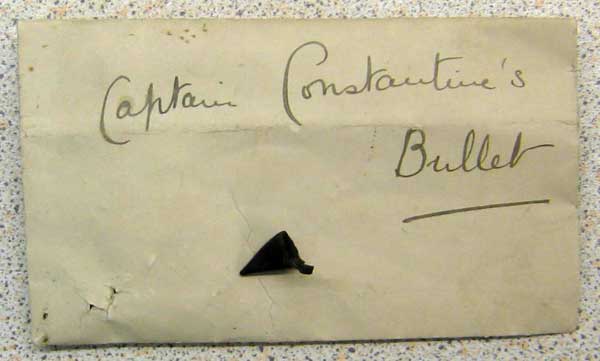 Also shown below is a copy of the letter written by Colonel Farrer Deakin, who had once been Captain H N Constantine's Commanding Officer. 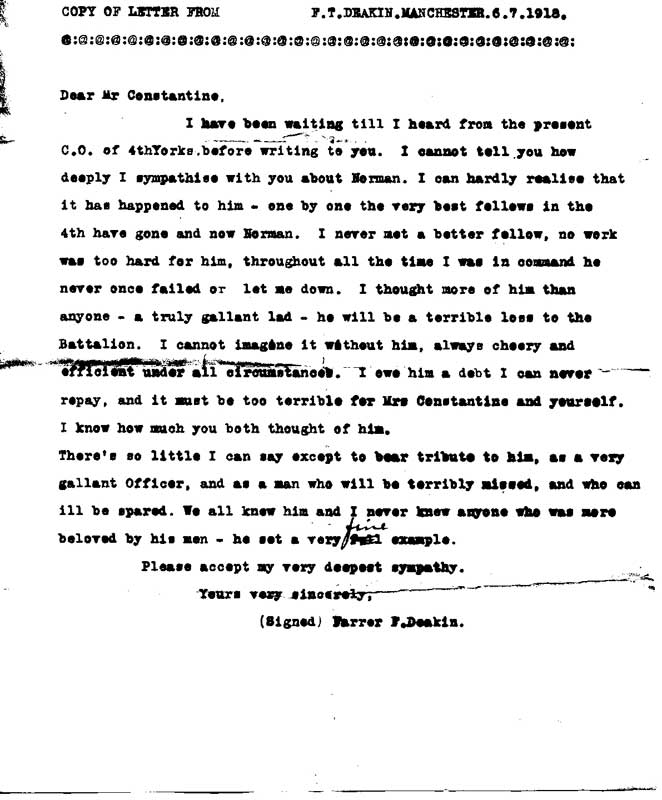 Corespondence and reports relating to Herbert Constantine's military career, and death in action, can be viewed by selecting the thumbnail images (bleow). All of this data has been supplied by Simon Barnard (<barnard.4@btinternet.com>), a great nephew of Captain H N Constantine. 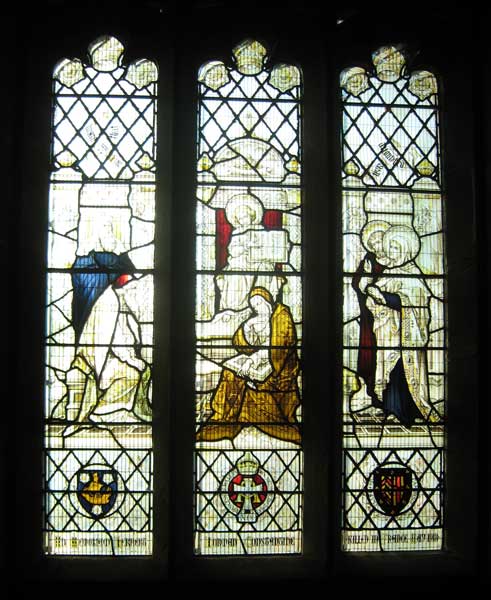 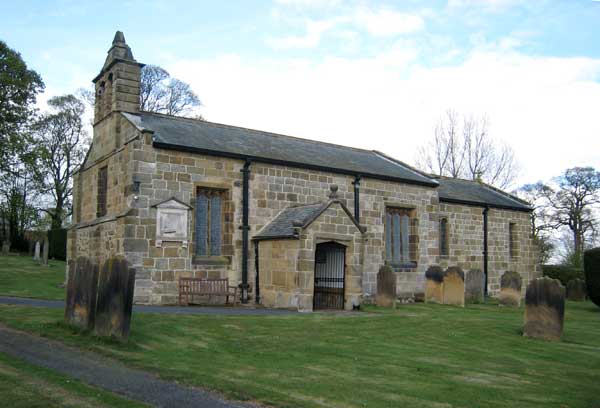 St. Oswald's Church, East Harlsey,
where Herbert Norman Constantine's memorial window is on the far left at the south western corner of the church.