See below further information and photos of Private Cooke.

Antony Ball (<antony.ball@ntlworld.com>) has researched all the names on the Arnold and Daybrook Memorial, and has provided some comprehensive information on Private Cooke, - including a description of the way in which he lost his life in action with the Yorkshire Regiment.

William was born at Arnold and lived at 4, Boyd Terrace, Nottingham Road, Daybrook, a terraced house opposite the entrance gates to Arnot Hill Park. It is not known what type of work he was engaged in but he was certainly an amateur boxer, taking part in many local bouts.

He enlisted into the Army in 1915, joining the 18th (Service Battalion The Sherwood Foresters with number 30881. This battalion had been formed at Derby on the 28th July 1915, as a Bantam Battalion. In the Autumn of 1915, it became a part of the 121st Brigade of the 40th Division based at Aldershot. It was absorbed by the 13th Battalion The Yorkshire Regiment (Green Howards) at Woking on the 2nd April 1916. All the men were transferred with the battalion and received a new number of the Yorkshire Regiment, that for William being 29659.

He was sent to France and Flanders where he served in “A” Company, 13th Battalion, and it was here that he won the Distinguished Conduct Medal. The award was gazetted in the London Gazette of 17th April 1917, and the citation for the award reads:-
" Early on the morning of the 1st March 1917, a party of 25 Germans attempted to raid a sap held by a post of six men, 13th Yorkshire Regiment, of whom Private Cook was one. The raiders came under a heavy barrage of heavy artillery and other shells which blew in the junction from the sap leading to the front line trenches. Several of the enemy started entering the sap and overpowering the garrison, Private Cook went through the barrage to obtain assistance and after calling out that assistance was required, he at once returned again through the barrage to the sap and engaged the enemy alone with bombs. Two of the enemy threw down their rifles and they all climbed out of the sap pursued by Private Cook followed by two other men of his battalion who had come up in the meantime. After a violent struggle the leader of the hostile party who was wounded, was captured, chiefly through Private Cook’s efforts, identification being thus obtained. Five of the enemy are known to have been killed and others are reported to have been wounded. Private Cook showed great initiative and gallantry."

On the 29th April 1917, he was with his company serving in the trenches near Villers Plouich, in France. The enemy had been shelling the positions of the Yorkshire Regiment for several days and on this day they sent over intermittent shelling and occasionally very heavy shelling. The British Heavies retaliated with some effect. However, it was during this shelling that Private Cook was hit by shrapnel, killing him instantly. He was buried by his comrades close to where he fell. Later shelling by the Germans obliterated any trace of his grave and he was never identified and moved to a Commonwealth War Grave after the war was over. He is Commemorated on the Thiepval Memorial, Somme, France on Pier and Face 3A and 3D.

Below are photos of Private Cooke (published in a local newspaper) taken on the occasion being honoured by Nottinghamshire County Council for the award of his DCM. 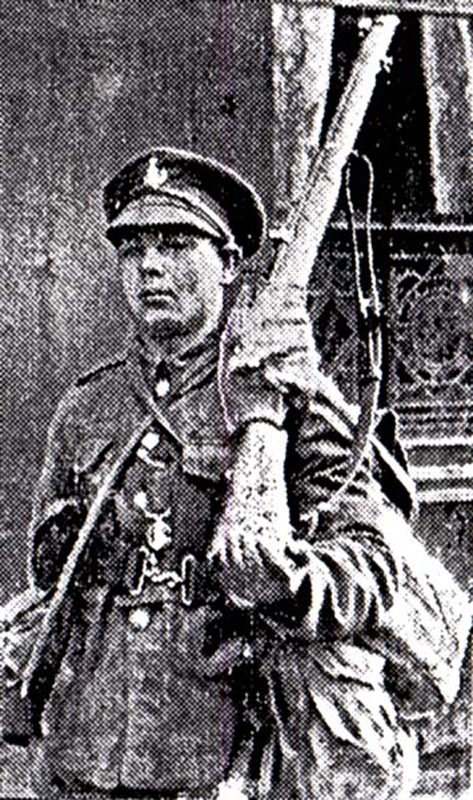 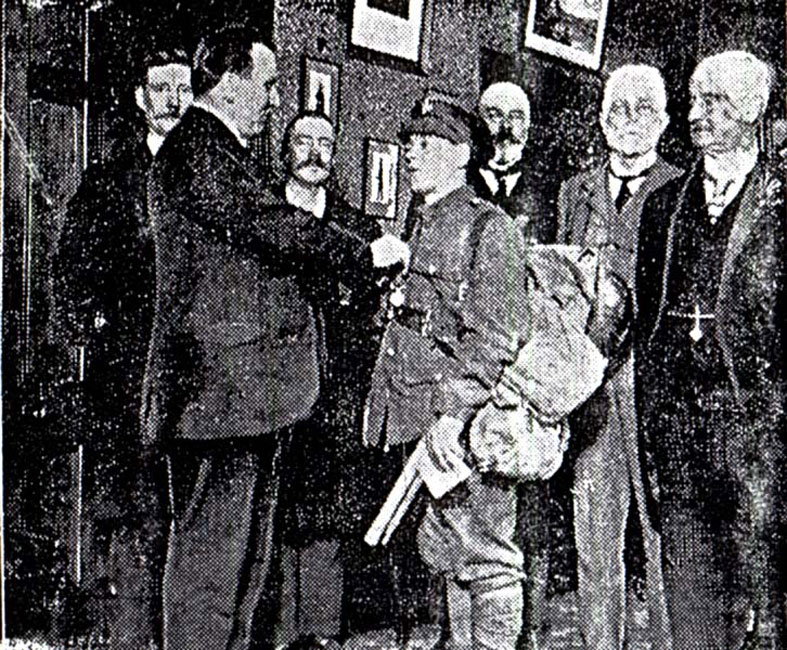