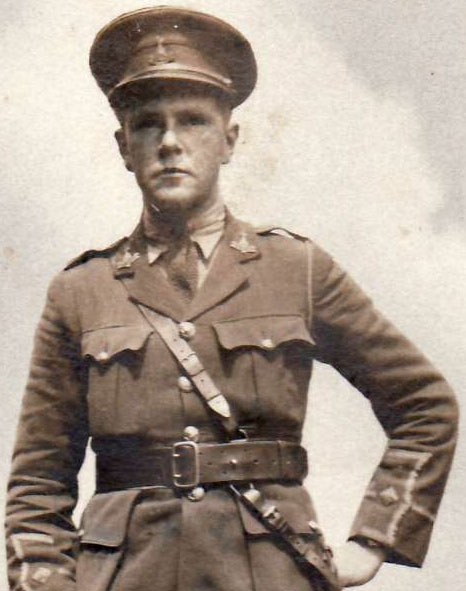 Notes from Repton School archives;-
"Born July 30th 1897, the son of the Reverend Louis Bredin Delap and Jennie Charlotte Delap, of Benhall Vicarage, Saxmundham, Suffolk. New 1912 – 1915 Royal Military College, Sandhurst, 8/15. Second Lieutenant, 2nd Yorkshire Regiment, 12/15. France 7/16. Killed in Action on the Somme 18/10/16 aged 19.
Although not brilliant, he was a very useful member of the House both in work and games. He entered Sandhurst in August 1915 and received his commission in December of the same year. On October 18th 1916 he was reported wounded and missing, but is now believed to have been killed. His fellow officers and men report that he behaved splendidly in the night attack, was hit once while moving forward with the front line of his company, but got up again and went on. Hit the second time, he refused all help from his men, saying, “Never mind me, go on,” and waved them on to the attack. “A splendid example,” his Adjutant writes, “of self-sacrificing gallantry.” Another officer writes: “Although one of the youngest, he was one of the most valuable officers we have had. I don’t think he knew what fear was, or if he did, he never showed it, which is still finer.” The Reptonian, June 1917