Stuart Everitt (<bradyeveritt@tiscali.co.uk>), a grandson of Tom Everitt, supplied the information and photographs relating to his grandfather. We are extremely grateful to Mr Everitt for providing this material.

Further photos and biographical details are shown below. 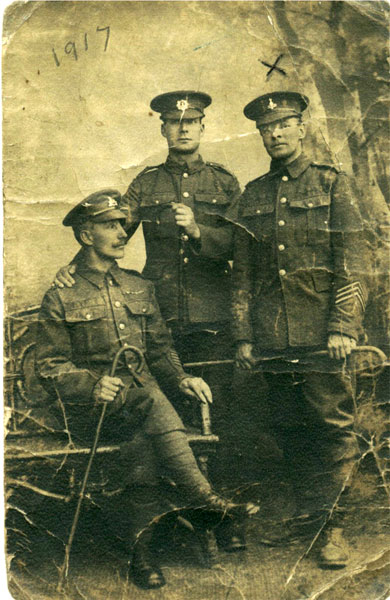 Tom Everitt was born on the 17th July 1883 in Laceby, Lincolnshire, joining the 1st Battalion Green Howards, at the age of 21, serving in Aldershot and Sheffield. After completion of his engagement he settled in Oulton, Yorkshire obtaining employment as a shunter at a nearby railway station.

In 1911 he married Anne Davey who gave birth to a son John (my father) in 1912. On the outbreak of World War One he was recalled to the colours joining the 2nd Battalion Green Howards. Moving with them to Belgium in October 1914. On the 30th October 1914 Tom Everitt was wounded and captured. He was carried by two of his comrades four miles behind German lines to the town of Menin where an operation saved his life. 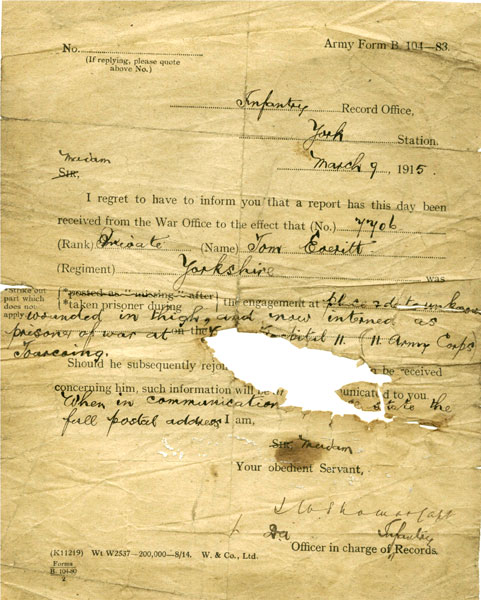 Army Form B104 informing relatives of capture and wound.

Tom Everitt spent the next Two Years in various German POW camps before being transferred to Switzerland where he was interned for the rest of the war. 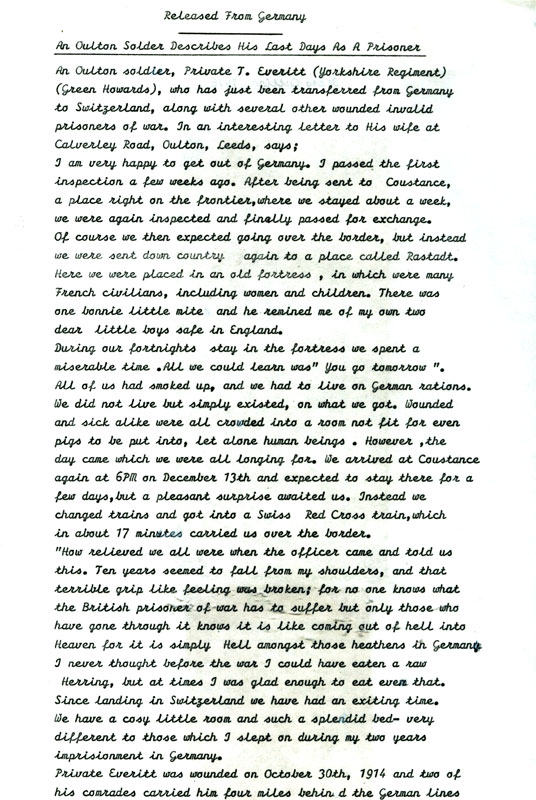 After release from captivity in Switzerland Tom Everitt was discharged in March 1919 and returned to civilian life as a colliery worker in the local coal mine. He died in December 1953 aged seventy.

POW Interment Camp Mirran, Switzerland with survivors of the 1914 B.E.F