Photos and biography below.

(Frederick Hatton had only been promoted from CSM to 2nd Lieutenant two weeks previously). 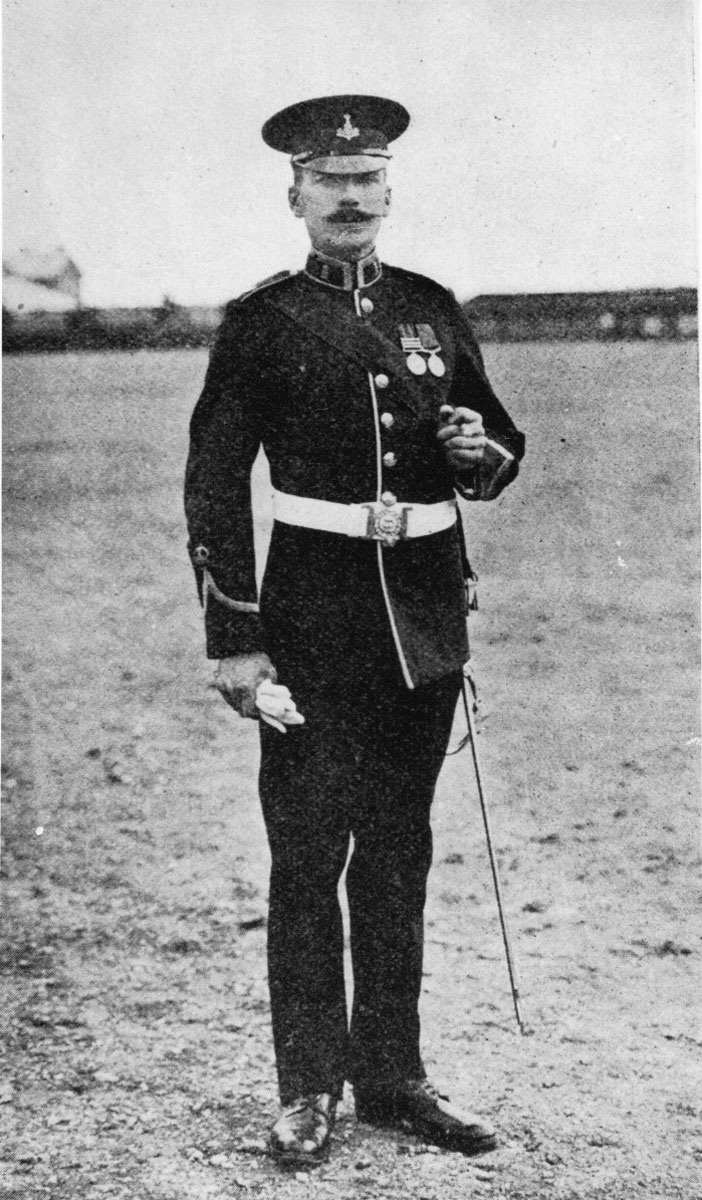 Also entitled to the 1914 Star and bar, which is confirmed by Army Medal Office rolls, giving his date of disembarkation as 5 October 1914.

He was born 9 April 1878 at The Barracks, Parkhurst, the son of Alfred Charles Hatton, Lance-Sergeant 2/19th Foot, and his wife Louisa Frances Minetta (née Scriven). He married Elsie Annie M Thewlis in Richmond in the September quarter 1902.

He was severely wounded at the battle of Driefontein. As Regimental Sergeant Major of the 2/Yorkshire Regiment he sailed with the battalion to France 5 October 1914.
He was commissioned Second Lieutenant 9 October 1914.

He was killed in action by a sniper 30 October. Commonwealth War Graves Commission records that he was aged 36, the son of the late Alfred Charles and Louisa Frances Minetta Hatton, and husband of Mrs E A M Hatton of 4 West Terrace, Richmond, Yorks. He is commemorated on the Menin Gate Memorial.

He wrote a lengthy article for the Green Howards Gazette (August 1910) on ‘Bonnie Richmondshire’.