Private James Hope is the soldier on the right of the group of three in the photo below.
This photo is of the family in which three soldiers of the 10th Battalion were billeted in November 1914 - May 1915.
A description of this photo, provided by Paul Kite <paul.kite@btinternet.com>) a descendant of the family is also below. 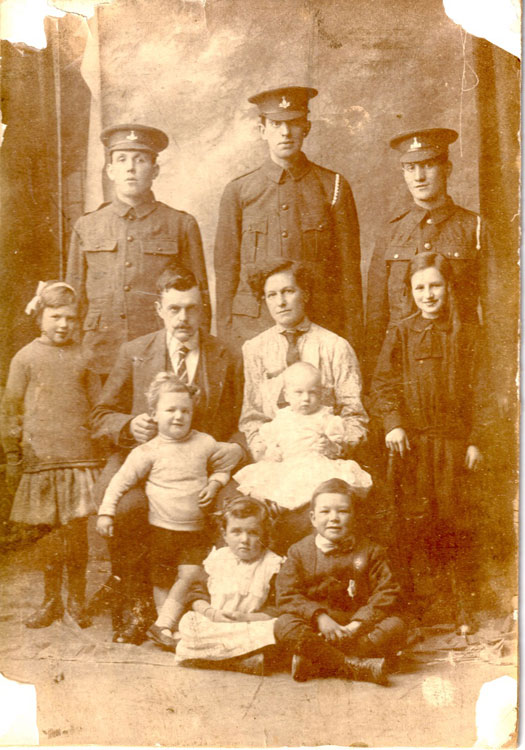 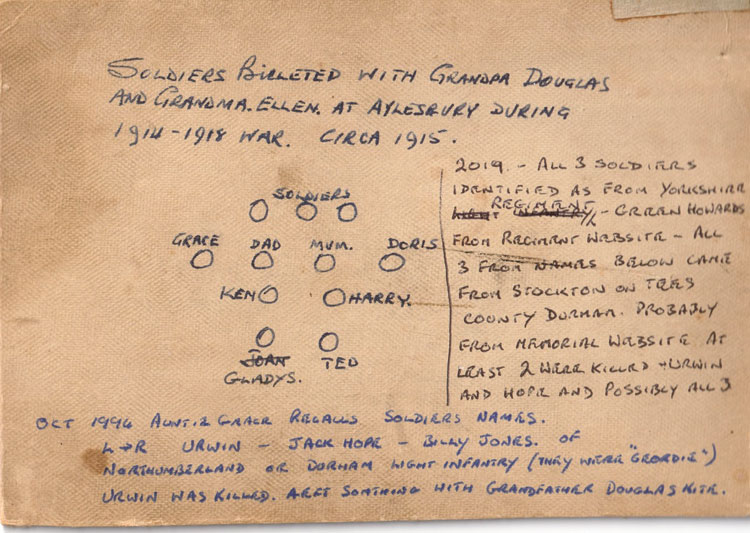