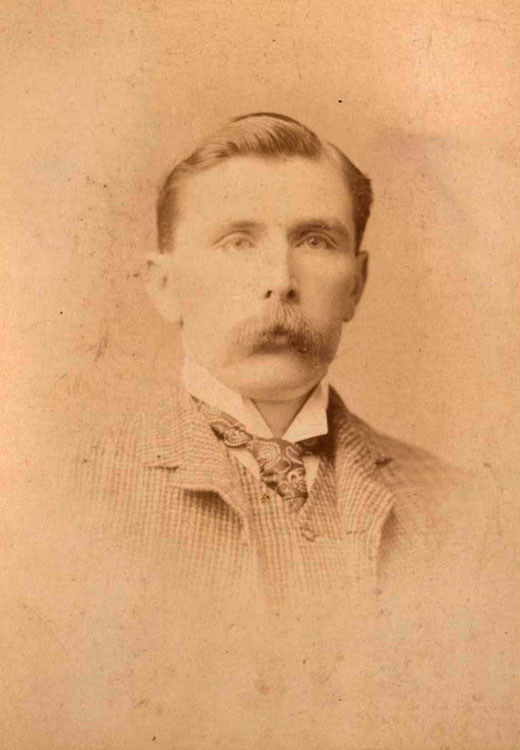 The following biographical details are provided in Robert Coulson's Biographies of Officers Killed in the First World War;-
Arthur Hadow was the son of Patrick Douglas Hadow of Sudbury Priory in Middlesex and was born in London on July 12th 1858.
A career soldier with the Yorkshires he was first commissioned in 1878 and by the time he retired in 1910 had risen to the rank of Colonel and seen service on the Nile Expedition and with the Sudan Frontier Force. At the onset of war he came out of retirement and was appointed to command the 10th Battalion in September of 1914. Colonel Hadow sailed with the battalion to France and landed at Boulogne on September 10th 1915.
They were almost straight away thrust into the Battle of Loos.
On September 25th the battalion passed through Loos after the town had fallen and in the late evening dug in to the east. The following morning the battalion attacked the German lines at Hill 60, the attack going in at 7-30am.
Colonel Hadow was killed in this action on September 26th 1915 at the age of 57 leading his men up the hill.

After his death the Green Howards Gazette wrote,
“The period of his command was one to which the battalion can look back on with pride. No one more strongly fostered the esprit de corps which has ever been characteristic of the Green Howards and no one more thoroughly carried out the precepts which he enjoined”. 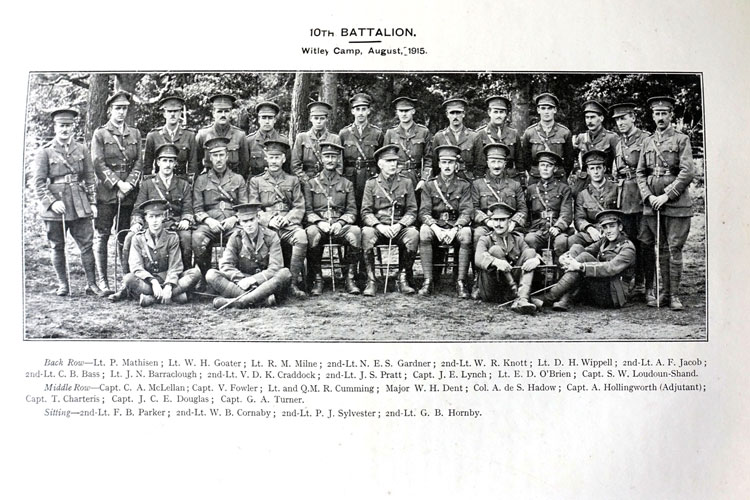 A photo of the 10th Battalion Yorkshire Regiment in August 1915, Colonel Hadow centre.
Select the above image for a larger sized one which opens in a nnew window.
Photo : "The Green Howards in the Last War" by Colonel Wylly.